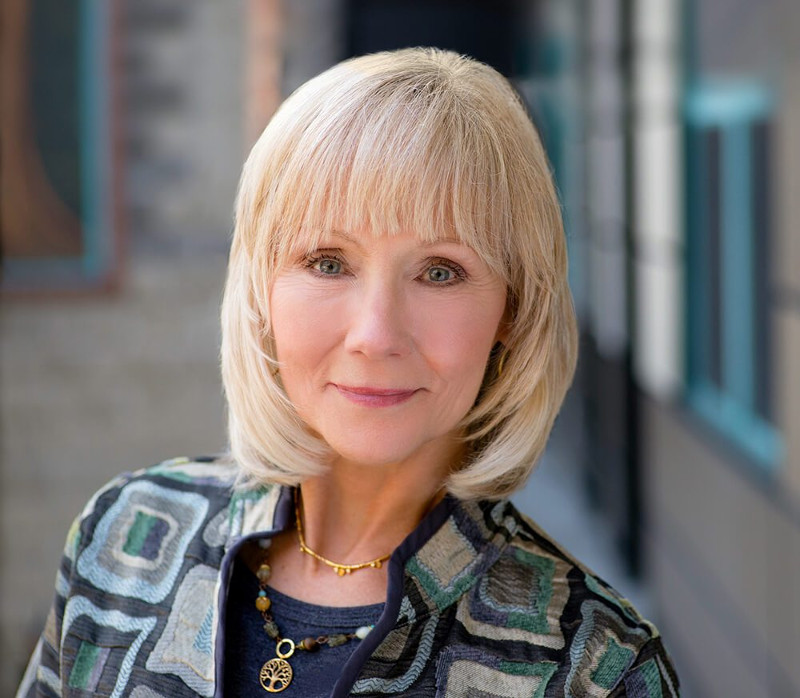 Meet Linda Gartz. Linda is a six-time Emmy Award-honored documentary producer and author of the recently published book, Redlined: A Memoir of Race, Change, and Fractured Community in 1960s Chicago. Kirkus Reviews named Redlined a Best Book of 2018, and it was awarded Best Book Indie Nonfiction by the Chicago Writers Association, among other honors. Linda has presented about her book at a variety of different forums, from libraries, to history centers, to retirement homes and book clubs. Redlined is available for purchase wherever books are sold. The Chicago library has twenty-seven copies at various branches (If not at your branch, please ask the librarians to carry it).

“It would be impossible to pick the one happiest moment in my life. Of course, I was over-the-moon thrilled when my two sons were born and have been happy for decades with the young man I met when I was sixteen, who became my husband. Too many happy times to name. Finding the trove of letters and diaries that allowed me to meet my parents and grandparents when they were young and in love and throughout their lives has made me very happy.”

“The saddest moment of my life was when my Dad had a debilitating stroke at the age of 70, which in an instant changed a vibrant, garrulous, social, hard-working man into an invalid. It paralyzed his right side and rendered him without language in any form (language is housed in the brain’s left side). His cognition was intact. He sobbed for months, realizing his loss and unable to “talk it out.” After months of rehabilitation, he came home, where he eventually settled into a routine of care from my mother and caregivers. His loss was devastating and pained me to my core. He was always a good sport, and did his best to be cheerful despite the ruthless hand of fate.”

“I’d have to start with my pride in my two sons, who have grown into good and competent men, leading successful lives despite the many challenges facing today’s young people. I’m also proud of their father, my husband of many decades and friend for even longer.  For myself, I’m proud of every documentary (many Emmy-award winners), and video I produced (especially the videos about early childhood development, hosted by Oprah Winfrey and Maya Angelou), all of which were meant to inform, entertain, and promote knowledge.”

“Most recently I’m especially proud of publishing my book and the many accolades Redlined has received for its honest portrayal of my family’s lives on Chicago’s West Side. It was more than a decade in the making, as I read and searched through thousands of pages of my parents’ and grandparents’ letters and diaries to tell a story of racial change in my family’s community of fifty years.”

A brief overview of Redlined:
Redlined exposes the racist mortgage policies that ravage a Chicago community in the 1960s, told through the story of one white family navigating the uncharted shoals of its neighborhood’s racial change. Based on long-hidden letters and diaries, this vivid memoir cracks open and lays bare complicated truths of marriage, sexual freedom, and race relations in a devastated landscape.

Website:
For lots of info on redlining, the book, book club questions the family archives, and more, Click: https://lindagartz.com.