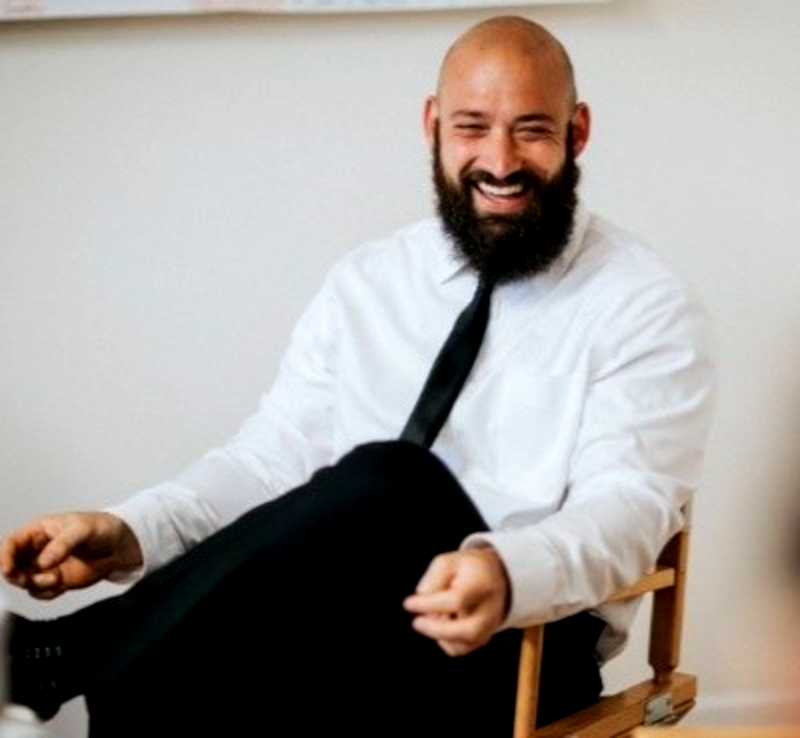 Meet Rev. Thomas R. Gaulke, Ph.D., author of An Unpromising Hope. Thomas is a belief-fluid Lutheran pastor, serving in Chicagoland since 2009. Working in community, he has co-founded and collaborated with neighborhood groups across Chicagoland, working to shut down dangerous polluters and provide public transit. Occasionally co-teaching Public Church at the Lutheran School of Theology at Chicago, Tom is currently the pastor to Gethsemane Lutheran Church in Cicero and the Clergy Organizer for The People’s Lobby. He occasionally teaches at the Lutheran School of Theology in Hyde Park. He is the father to Hannah and partner of Daisy.

Your book, entitled, “An Unpromising Hope,” was recently published, what is it about?

The book began as a dissertation. A lot of times pastors like me will preach about the pain in the world caused by racism, inequality, and unjust economic systems. We talk about folks who are sick among us and in need of healing and health. We paint a bleak picture and then simply conclude our sermons with words like, “This is all true, and yet God promises that one day… ”

This kind of conclusion always felt a little fake to me. It was something we said that created a little hope, sure–a happy ending that took away the pain for an hour or so), but the pain always returned. Such sermons also often seemed dishonest on the days preachers like me weren’t sure if that was really the case–that is, on days we weren’t sure if we could trust that a promised something better would ever arrive.

As I began researching, I wanted to look for ways people have thought about hope over the last several decades that did not require belief in a promise. I call that kind of hope (hope not attached to a promise) an unpromising hope.

At the suggestion of a professor, I ended up looking at four groups of authors (one for each chapter), who all approached hope from their own spaces of pain, and who all found a way to move and to shape the world around them–or at least to survive–in quite hopeless and depressing situations.

With the insurgence of COVID-19, followed by political instability, grief, and job losses, there is a sense of hopelessness and resignation in our country and around the world. How can hope play an important role in regard to human motivation, religious belief or politics?

One thing I discovered in my research is that, like music, hope can be expressed in various keys. Each of these is important. I explore only four in the book. There are so many more.

Sometimes our hope sounds like a dirge. Sometimes it sounds like hip hop or punk. But the search for deep hope is almost always born from pain and happens always in hopeless times. Although hope is always contextual, the sources I study generally point toward the experience of hope that takes place in community.

In times in which we can be quite isolated (even as we are connected virtually), hope can be hard to muster. As you mentioned, add to this a pandemic and political polarization fueled and perpetuated by rising racist and fascist ideologies, and you’ve got a more isolated and estranged population than ever.

At the same time, the uprisings (though they were demonized by the far right) certainly were a glimmer of hope. Anyone who has spent any time marching and chanting can tell you that memories of moments of solidarity in the streets can serve as images of hope that last a lifetime. They can be a taste of the world as it should be even as we still live in the tension of the world as it is. The impulse to imagine beyond current systems of incarceration and retribution, an impulse resurfaced and amplified by the movement for Black Lives and allies is clearly an impulse grounded in deep hope.

Finding places, where we can meet one another, share each other’s burdens, and collectively dream about what a better collective life would look like, are urgently needed.  Sometimes community circles, organizing groups, recovery groups house of worship, and classrooms can foster such spaces. Of course, sometimes they do just the opposite. Sometimes we leave feeling more estranged.

And, of course, we need spaces where we can begin to shatter what Emilie Townes refers to as “the fantastic hegemonic imagination.” That is, we need spaces and communities where we can truly encounter each other (for real) and demolish the caricatures we have made of each other and challenge the stereotypes that are constantly infecting our perceptions and causing us to dehumanize our friends and neighbors–and, for example, allowing us to witness state-sanctioned murder and incarceration, or concentration camps built for refugees, and somehow be okay (or not disturbed) with these things. Being fine and okay with injustice and oppression is another sign that we have lost hope, that we are hopeless.

As I mentioned before, on their better days, communal spaces help us not to accept the pain and oppression that permeates the world, but rather to transform it together. On other days, such spaces offer a reprieve, and, in the words of Dolores Williams, even if they don’t change the whole world, they nonetheless foster and facilitate “survival and quality of life.” Both kinds of spaces are needed for more and more hope to blossom.

The idea that sometimes the work that we do can create what José Esteban Muñoz called “spaces of becoming” and Bell Hooks called “transgressive spaces”–spaces where those present find a voice, dream of what could be, and are empowered. A long-time beloved professor in Hyde Park at the Lutheran School of Theology, Vitor Westhelle, once said that this work is like planting and watering a tree. We do what we can and it makes some difference. And every now and then, because the tree exists, an orchid is able to come and take place on the tree and it blooms. We care for the tree in hopes that the orchid might show up. And sometimes it does. And sometimes there’s a blossom.

Who’s the most influential person in your life?

My wife, Daisy, and daughter, Hannah.

The occasional dog scene at Stout Park, the trees in Spring and Summer that canopy over so many of the streets, the active squirrels.

Links to purchase An Unpromising Hope:

Or if you are nearby, you can buy one from Tom by emailing tomgaulke@gmail.com