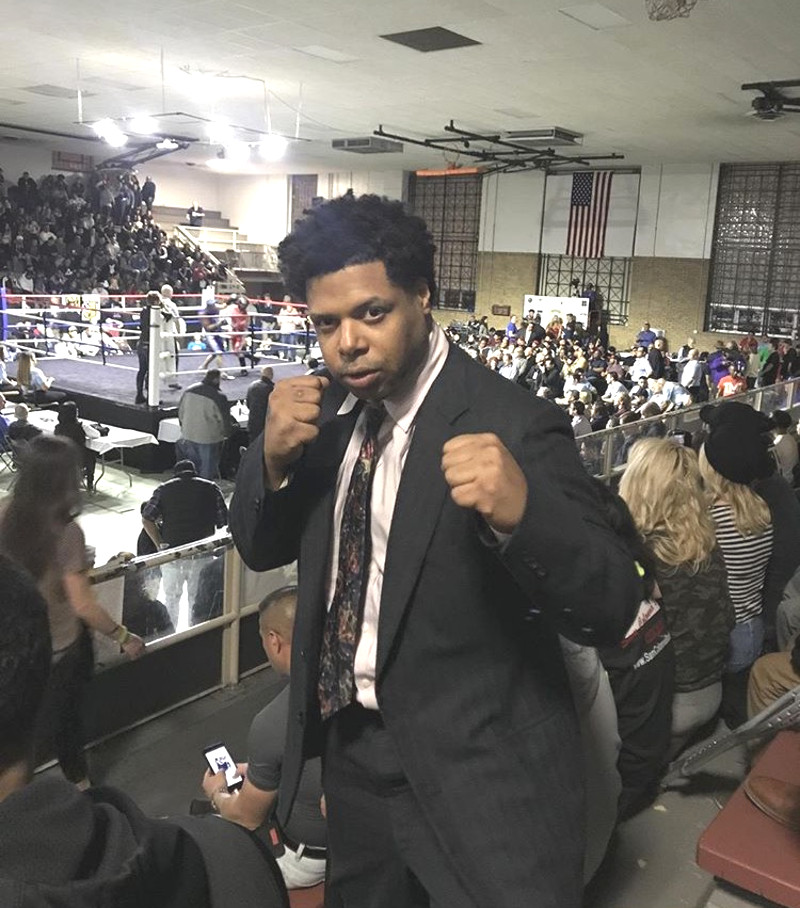 Meet Joel Maxime, Jr, a self-proclaimed “jack of all trades”. According to Joel, he’s well known as an artist; but, he studied violin as a child and sang in choir which inspired him to learn to play piano then verge into producing and managing musicians and vocalists.Martial arts became a huge part of his secret life. He became obsessed with learning more styles and methods and spent at least a dozen hours a week training for over a decade before he found boxing and began competing. According to him, he would still be competing if it was not for a recent skateboarding accident.

“I’ve written a few scripts and dozens of stories. I have several universes in my head I’m transcribing to paper. I’d have like to make them films but I’m having slight setbacks. Visual arts are my best received constructs. I know how to pull components of one’s mind’s eye and transport them into images or sculptures and such. I’ve painted thousands of pieces and organized close to a hundred group exhibitions and or events. My styles of art are extremely diversified and multi-lateral. It’s almost impossible to assess all the work is from one person. I’m concentrating on comic book illustration and writing stories now.”

“My first year of college at Columbia was its summer program in 1994. Many of my friends told me I would like Hyde Park. I began to buy records in Hyde Park and fell in love with the area. Then I was invited to the opening of the Hyde Park Art Center and truly felt like I belonged there. My parents would take us to Hyde Park for several reasons; doctors, visit friends, and museums and Valois; but as I got older the draw of the neighborhood became stronger. By chance in 2008 I was jobless and desperate for work and the company that hired me asked me to start working in their Hyde Park building. I immediately insisted on living in the building as well. The community and layout of the vicinity are not like many other areas I’ve visited or lived in. I was immediately pulled into a vibrant cultural phenomenon. The years I spent living and working in Hyde Park are some of the best in my life. There is nothing quite like Hyde Park Chicago. It’s almost magical.”

“What I like the most about Hyde Park is the way people communicate. The flow of the streets and general mood of the people are hard to ignore. It seems as if everyone is a character in a fantastic book or play. The buildings, parks, trees and tone of the area seem to accentuate the best aspects of Chicago. I used to be a talent buyer of sorts for venues in Wicker Park and the north side of Chicago. I found most of the talent in Hyde Park. I’m in love with the stretch of lake in HP. The rich history of course and its proximity to hospitals, museums and downtown Chicago make it a logistical dream. I’ve never seen more beautiful people anywhere that I can remember. Falcons would fly to window ledges… That never gets old. Hyde Park is a great experience and an excellent experiment in humanity. It made me a better person.”